PHOENIX – A one-time UPS worker is accused of stealing a package containing a $160,000 diamond, and trading the valuable jewel for $20 worth of marijuana.

Walter Earl Morrison, 20, was working for UPS while unloading a plane in the cargo section of Sky Harbor Airport when he stuffed a package under his shirt, according to court documents.

Morrison thought the package contained cash, but instead he found a diamond.

“Any single stone over $100,000 is an expensive stone,” House of Diamonds owner Brent Taubman said when asked about pricey diamonds.

Morrison allegedly traded the diamond for the drug, before being caught.

The stolen diamond was recovered and delivered to the intended customer, a UPS spokesperson said.

A man who would not open the door at Morrison’s home said he had no comment on the matter.

Despite what you might hear on Fox So-Called News, Obamacare really is working. Uninsured rates are dropping, premiums are a lot lower than expected, and in the states that have expanded Medicaid, hundreds of thousands of working Americans now have access to free, I repeat, free healthcare. Everywhere you look, there’s good news to be found about healthcare reform. Even so, for-profit insurance companies and for-profit hospitals are still finding new ways to screw people over. For example, since insurance companies are now banned from discriminating against people with pre-existing conditions, they’re now trying to make money off sick people by charging them higher co-pays for drugs that they used to get for close to nothing. This practice has very real consequences for public health. As one expert told Talking Points Memo, “There’s very strong evidence…that even a $1 difference in out-of-pocket expenditures changes Americans’ behavior [regarding their use of medical services].” In other words, when drugs cost more, people don’t buy them and therefore don’t get healthy. But making sick people pay more for their drugs isn’t the only way the for-profit health industry is trying make a quick buck these days. One other scam it’s come up with is a practice called “drive-by doctoring,” where patients are charged for services they didn’t ask for and for doctors they didn’t know they needed to see. Hospitals have gotten so good at “drive-by doctoring” that most patients don’t even know it’s happening to them. As The New York Times reported this weekend, “The phenomenon can take many forms. In some instances, a patient may be lying on a gurney in the emergency room or in a hospital bed, unaware that all of the people in white coats or scrubs who turn up at the bedside will charge for their services. At times, a fully trained physician is called in when a resident or a nurse, who would not charge, would have sufficed. Services that were once included in the daily hospital rate are now often provided by contractors, and even many emergency rooms are staffed by out-of-network physicians who bill separately.” If there’s an example of everything that’s wrong with the American healthcare system, drive-by doctoring is it. Healthcare should be about taking care of people and helping them get better – not about ripping them off. But here in the U.S., ripping people off is the dominant business model. And while Obamacare has outlawed some of the worst behaviors of this business model, it will never totally prevent for-profit hospitals or insurance companies from screwing over their patients and customers. That’s because, for all the good things it does, Obamacare still lets hospitals and health insurance companies operate on a for-profit basis. And that is just absolutely insane. Think of it this way: When you create a company and register it as either a non-profit corporation or a for-profit corporation, you are defining up-front what is and what is not important to that corporation. When a hospital or health insurance company is set up as a for-profit corporation, they’re saying that its first and primary purpose is to make money. If, on the other hand, it was registered it as a non-profit corporation, then its main purpose is to actually help people, money be damned. Obviously, not-for-profit corporations, like all corporations, have their problems. But when it comes to healthcare, they really are the way to go. As long as we stick with our failed for-profit model, people like UnitedHealthCare CEO Stephen J. Hemsley will sit pretty on their $700 million in unexercised stock options and everyday people will get stuck with medical bills they’ll never be able to pay. This is just insane, and it needs to end now. It’s time for America to abandon its experiment with for-profit healthcare and follow the lead of countries like Switzerland, Sweden, and Canada that have either required health insurance companies to be non-profits or have done away with health insurance companies altogether and replaced them with a national single-payer system. The fact of the matter is that the whole American healthcare system is mind-bogglingly corrupt and needs to be reformed from the top to the bottom. Obamacare is a great start, but we could do a whole lot better. We should end the for-profit cancer in this part of our society once and for all and require hospitals and insurance companies to put people over profits by operating on an exclusively non-profit basis. – See more at: http://www.thomhartmann.com/blog/2014/09/profit-insanity-killing-americans#sthash.9JdxZc6x.dpuf

BIRMINGHAM, Alabama –Three people are dead — including the gunman — after a shooting this morning at a UPS facility in Inglenook, according to Birmingham officials.

The incident happened just before 9:30 a.m. as police received multiple calls of an active shooter at 4601 Inglenook Lane, the customer service center and warehouse. “Patrol units responded quickly; they rallied and made entry,” said Birmingham Police Chief A.C. Roper. “They were able to clear the building and, of course, during the shooting, multiple employees exited the facility.”

Once the officers arrived and entered the building, they found three dead people inside the business. “It appears it was the shooter, still wearing his UPS uniform, and two other employees,” the chief said.

Police officials have not publicly named the shooter, but law-enforcement sources, family and church members identified him as 45-year-old Joe Tesney. He is married, and the father of two daughters.

When they came to work today they had no idea it would be their last day alive on earth,” A.C. Roper.

The gun used in the shootings was still underneath his body when police arrived on the scene.

Police this afternoon confirmed the shooter was fired from his job. “He received his final papers Monday,” said police spokesman Lt. Sean Edwards. “Today he was not expected to return to work because he was no longer employed there.”

Tesney reportedly was fired within the past month and appealed the firing. He lost his appeal in recent days.

What led to his firing wasn’t immediately available. Court records show an auto repair, design and testing shop, filed a lawsuit in November 2012 against Tesney and UPS in Jefferson County District Civil Court.

The lawsuit claims that on Nov. 5, 2010, Tesney came to the business to pick up packages. Along with the marked packages for shipment Tesney negligently, recklessly or intentionally took an unboxed custom one-of-a-kind radiator for a race truck that TSA Motorsports had shipped to HESCO for testing. The radiator  was not marked or otherwise designated for shipment, the lawsuit claims. The radiator was valued at approximately $4,000.

The radiator was never returned or replaced by UPS or Tesney, the lawsuit states.  Jefferson County District Judge Jack Lowther found in favor of Tesney and UPS after a bench trial on Sept. 10, 2013.

Tesney’s mother-in-law, Wanda Binney, told AL.com today the family is shocked. “He was one of the best men I have ever known,” she said. “He was a kind husband and a wonderful father.”

Asked if anyone would predict this from Tesney, Binney said, “Anybody but Joe. He’s never hurt anyone in his life.”

“He was just a wonderful person and we’re shocked,” she said. She said the children have not been notified of their father’s death.

Tesney was a member of Northpark Baptist Church in Trussville. The church released the following statement today to AL.com: “We are praying for the employees of UPS and the families of the victims of today’s tragedy. Our hearts are grieved. We pray that the peace of our Lord would be near to those who have been devastated.”

All three deceased were adult white males, and their names have not been publicly released. The two victims were supervisors at UPS, and police said they believe at least one was specifically targeted in the shooting. The other, sources tell AL.com, was simply in the wrong place at the wrong time. 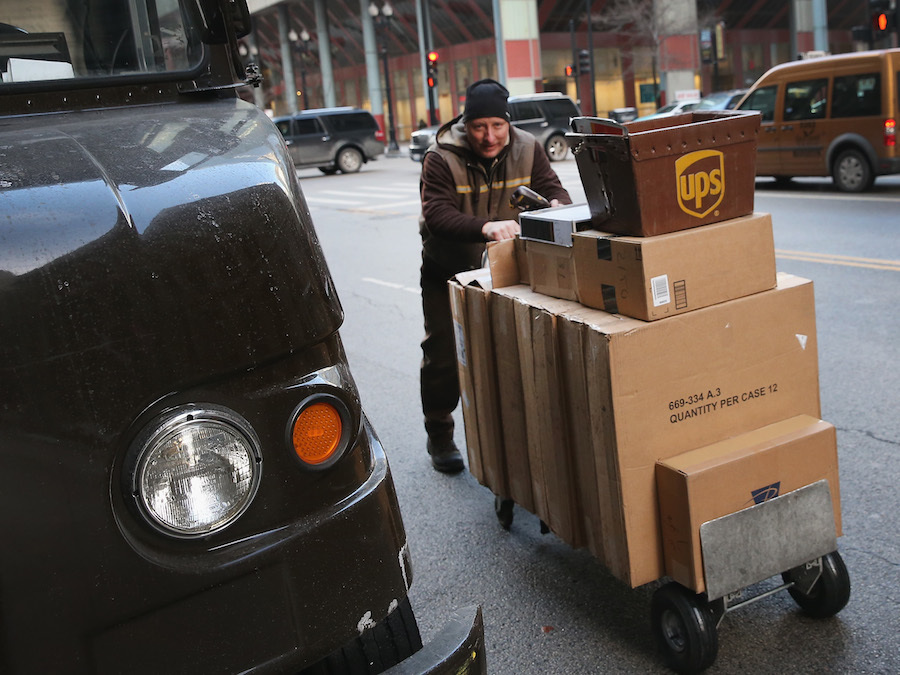 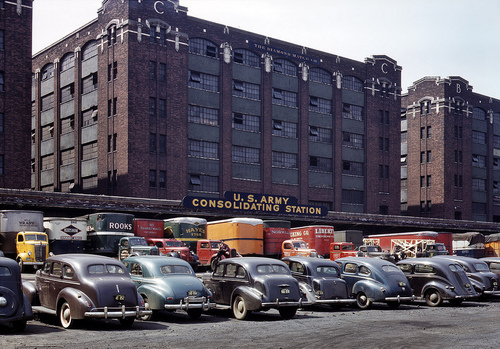 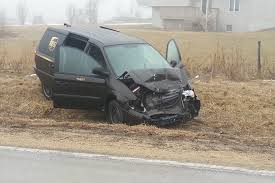