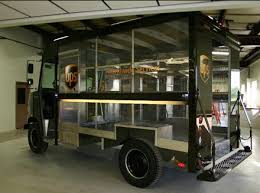 Senate Republicans on Thursday blocked a constitutional amendment that would have restored limits on big money in politics. Bernie cosponsored the amendment, which sought to overturn a 2010 Supreme Court decision in the Citizens United case that opened the floodgates to unlimited and unregulated spending on elections. He called the vote a win for the Koch brothers and other billionaires who have poured hundreds of millions of dollars into Republican campaigns. It was a victory for Republicans and a defeat for American democracy, Bernie said.

Vermont and 15 other states along with voters and city councils in more than 500 cities and towns already have passed measures supporting a constitutional amendment. A survey last spring conducted by the Greenberg, Quinlan, Rosner polling firm found that the Citizens United ruling was opposed by 80 percent of those surveyed. Bernie said Americans must continue the fight to overturn Citizens United.” 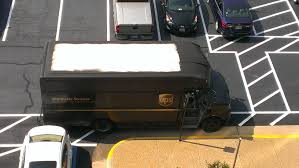 Pope Francis on his way to attend the Via Crucis during World Youth Day celebrations in July in Rio de Janeiro.Getty Images

issued a warning to Pope Francis during an interview with CNBC which was published this past Monday. In the interview

he said that wealthy people such as himself are feeling ostracized by the Pope’s messages in support of the poor, and might stop giving to charity if the Pope continues

comments about a “culture of prosperity” as “exclusionary” statements that may make some of the rich “incapable of feeling compassion for the poor.”

The billionaire, who’s a major donor to the Republican Party, is currently working with Cardinal Timothy Dolan, the Archbishop of New York, to raise $180 million for the restoration of St. Patrick’s Cathedral. Langone said that he told the Archbishop about a wealthy donor who could give millions of dollars to the Cathedral project but was worried about the Pope’s “exclusionary” remarks.

“I’ve told the cardinal, ‘Your Eminence, this is one more hurdle I hope we don’t have to deal with

. You want to be careful about generalities. Rich people in one country don’t act the same as rich people in another country,'” said Langone.

CNBC also spoke to Cardinal Timothy Dolan, who said he told Langone the unnamed donor’s concerns seemed based on “a misunderstanding of the Holy Father’s message.”

“The pope loves poor people. He also loves rich people. So I said, ‘Ken, thanks for bringing it to my attention. We’ve gotta correct, to make sure this gentleman understands the Holy Father’s message properly.’ And then I think he’s gonna say, ‘Oh, OK. If that’s the case, count me in for St. Patrick’s Cathedral,’” Dolan said.

During a speech in Brazil this past July, Pope Francis appealed “to those in possession of greater resources,” saying that they should “never tire of working for a more just world, marked by greater solidarity. No one can remain insensitive to the inequalities that persist in the world.”

A number of people, from Republican Sen. John McCain to conservative radio commentator Rush Limbaugh, have weighed in on Francis’ statements, with the latter calling it “pure Marxism.”

Dolan calls the Marxist label “hyperbole,” telling CNBC that the pope thinks “money in itself is morally neutral. Money, our wealth, is a gift from God. And the morality comes in the way we use it.

“If it becomes a god, if it becomes an idol, Pope Francis is saying, then it’s wrong. Because there is only one God. If we use it for our own selves and our families, for a secure and a safe present and future, if we use it to reinvest in the community, to help others, and if we share with the poor, then it’s morally good,” Dolan said.