Hoffa-Hall Ram Through Local 177 and Southwest

The New Jersey Local 177 supplement has been ratified, following yesterday’s ratification of the Southwest Rider. Both passed by approximately a 2-1 margin.

In the Southwest, the biggest union, Los Angeles Local 396, was split down the middle, but most other locals voted heavily yes, with Locals 186 and 986 voting No.

You can read the latest local-by-local vote counts here.

Hoffa and Hall had a three-point plan for the UPS contract negotiations. First came the Brownout. Then came the Sellout. And finally came the Sales Job.

They launched a million-dollar campaign to sell the contract on a second vote. Southwest area Teamsters received up to eight mailings selling the deal, along with robo-calls, web postings, and threats about their health care.

By sticking together, Vote No Teamsters won improved healthcare benefits in the second contract offer. And they learned a valuable lesson in rank and file solidarity and Hoffa-Hall treachery.

The bad news is that Teamster officials are paying for these improvements by taking money that is supposed to be used to improve members’ pensions and diverting it into the Health Fund instead.

As a result, full-time members in the Southwest that are going into the new Health Fund will end up with smaller pension accruals than full-time UPS Teamsters in the rest of the West.

The UPS contract started with early negotiations but it won’t be settled until well into 2014. The supplements and riders covering Ohio, Indiana, Western Pa, Philadelphia and the Louisville air rider all remain to be completed.

The UPS Freight contract is also in limbo. Members Voted No to reject that weak agreement, and Hoffa and Hall have done zip for UPS Freight Teamsters since. 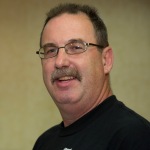 “The Vote No movement has shown us two things,” said Mark Timlin. “Hoffa Hall-and Sean O’Brien can never be allowed to negotiate another UPS contract. And UPS Teamsters have power in this union when we work together.”

Timlin was elected to the TDU Steering Committee at the recent TDU Convention. Vote No Teamsters in every supplement are stepping forward to build a movement for change in our union.

To join forces with UPS Teamsters nationwide who are working for a new direction for our Teamsters Union, click here.