Commentary by Kas Schwerdtfeger |
May 24, 2013
Read more articles in Labor 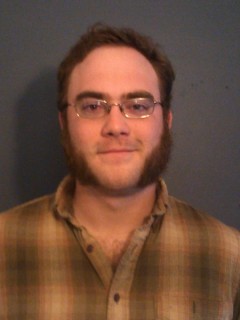 Kas Schwerdtfeger is a rank-and-file Teamster and UPS worker. (Fight Back! News/Staff)

Early this May, UPS management, as well as Teamsters leadership, released the completed tentative agreement for a new five-year contract. The contract, which represents the largest private sector collective bargaining agreement in the U.S., is being touted by both sides as a win-win for the company and the workers, establishing raises and gains that both say they can be proud of.

With negotiations concluded, Teamsters leadership under President James P. Hoffa and Secretary Treasurer Ken Hall now go to the general membership, who must ratify the contract by a simple majority for it to take effect. Among their accomplishments, they claim that they have defended workers’ health care, won a raise of $1.50 in the starting pay for warehouse workers, raising it to $10.00 an hour, as well as an additional 2350 full time jobs and stronger language for stopping harassment and excessive overtime for drivers.

These statements, as well as much of the praise offered to the contract, are misleading to the workers they claim to represent.

During early negotiations, UPS management demanded that Teamsters begin a $90-a-week payment into their healthcare. This demand infuriated the rank-and-file workers, many of whom make only $150 to $300 a week in pay. In response, Hoffa and Hall issued a strong statement, with the phrase, “not $90, not $9, not 9 cents” will be paid by workers into their health care. In the tentative agreement, Hoffa and Hall claim that they have saved health care. The reality is something quite different.

Part-time Teamsters, who are currently under a company health care plan, will be moved under this agreement to the Teamster-run Teamcare plan, an “enhanced C-6 plan.” Under this plan, a rising level of deductibles will take effect August 1, with part-timers paying $50 for an individual and $100 for a family in the first year, and $200/400 by the end of the contract. Services such as chiropractic care, previously fully covered, now will receive only partial coverage.

In 1982 part-time and full time UPS workers’ starting wage was the same – $8.00 an hour. In the last 31 years the starting wage for part-time Teamsters at UPS has only increased $0.50 an hour. As a result, wages that once helped to support working families are now well below the poverty level, and in a few places in the country the starting rate, currently at 8.50 an hour with a $1 raise after 90 days, is less than the minimum wage.

Hoffa and Hall come to Teamsters’ members claiming a $1.50 raise in the starting pay to an even $10. Realistically, any worker that continues through to reach seniority at UPS already begins at $9.50, which makes the real wage increase only 50 cents. Further, as has been explained by negotiators, those reaching seniority after August 1 under the new contract will not be a part of the annual raises in the contract, and will thus get only about two-thirds of what current members will receive. Regardless of what Hoffa and Hall say, this is in essence a two-tier system for new hires.

Raises for current warehouse workers are less than the previous contract.

In 1997 during the historic UPS strike, Teamsters rallied around the slogan “Part-time America doesn’t work.” That statement is just as true today as it was then. As a result of this courageous action, UPS management caved. Over 10,000 full time jobs were created by united action on the part of UPS workers around the country.

Yet now, as UPS becomes more and more profitable, the tentative agreement adds only 2350 more full time jobs. This could be as little as two to three jobs per building in some cases. These jobs, as well as some of the previous ones, also will force workers to take an hour and a half unpaid lunch. Workers at UPS will now have to struggle through 15 years of poverty or more to gain a full time warehouse job, which they will then have to spend up to 9 1/2 hours a day for 8 hours of work.

Hoffa and Hall have secured wage increases for drivers as well, but at the expense of selling out those in the future. New drivers will now be put on a four-year progression before they are able to reach the top rate of pay, up from three years in the current contract. Despite their wage increases, newer drivers will still be making less than top rate for longer, while enduring days that can last as long as 11 or 12 hours.

UPS drivers have long been forced to take excessive overtime from a company that would rather work its employees to the bone than hire additional people. Hoffa and Hall attempted to alleviate some of this overtime by creating an “Opt in” list of drivers who have worked over 9.5 hours a day for three days in a five-day period.

While this could be a step forward, they allow the newer drivers to take the heat, as those who are not at a full four years of seniority will be unable to join this list. The effect of this very well may be that younger workers will be crushed with excessive overtime as higher seniority members demand more regular days for four full years before being able to opt in.

The current contract is better than this new one. A new part-timer will get 50 cents and a smaller raise yearly, while paying more every year for their health care. New full timers, on top of smaller raises than the previous contract, will be forced to take excessive lunch breaks, cutting into family time and community events. New drivers will spend four years making less pay than their more senior coworkers and may be forced to endure longer hours.

UPS has posted record-breaking profits of over $4 billion in 2012. In the first quarter of 2013, they broke another record, reporting well over $1 billion in profits. Is this tentative agreement, filled with concessions and giveaways on everything from decreasing raises, worse health care and attacks on younger workers, worth signing onto as profits soar? Should Teamster rank and filers simply accept what Hoffa, Hall and other Teamster leaders tell them?

Many UPS Teamsters have responded with a resounding “No!” Teamsters for a Democratic Union held an enormous phone conference, with over 1000 people participating, to explain the contract. A Facebook page, created not by an organization but by rank and filers, named “Vote No on the UPS Contract,” already has nearly 1500 members from all over the country. In Kentucky, the heart of UPS operations and the largest UPS Teamster area, the entire executive board and over 77 stewards of Local 89 voted unanimously to oppose this agreement. Across the country, a movement coming from everyday UPS Teamsters is hosting protests, gathering in meetings and making T-shirts to demonstrate against concessions from a corporation already fat with profits. Many of these recognize the importance of solidarity between older and younger workers. As younger workers are forced to take home less for the same work, harassment of older workers with better conditions goes up.

We need to see solidarity, determination and courage from ordinary Teamsters on this contract. Voting no does not mean a strike, it means more negotiations. We need to demand negotiators go back to the table and fight for more full time jobs, a respectful starting wage, and quality health care. No more sales pitches from union officers; we need to throw the concessions back at UPS and its billion dollar profits.

As a young Teamster, this will be my first contract that I vote on, and yet I’ll be faced with making the same decisions as some of my more senior brothers and sisters. Voting yes will mean selling out those who haven’t been hired on yet. Voting no will give them, and ourselves, a shot at something better. When the ballots come out, I’ll be voting “No” because of what I’ve heard those around me who were on the picket lines in 1997 say, “An injury to one is an injury to all.”