By STEPHEN OHLEMACHER 22 minutes ago
Graphic shows several examples of how health coverage might change for different people; 6c x 10 inches; …
WASHINGTON (AP) — Republicans in Congress don’t usually fight for tax increases, especially ones that are part of President Barack Obama’s health care law.
But GOP senators balked when Democrats proposed delaying a new temporary fee on everyone covered by health insurance.
So employers, insurance companies and other health plan sponsors are in line to pay $63 a person next year for everyone who has coverage. The temporary fee covers all workers, spouses and dependents covered by health insurance.
Senate Majority Leader Harry Reid, D-Nev., proposed delaying the fee in recent budget talks with Senate Republican leader Mitch McConnell of Kentucky. McConnell and other Republican senators objected; the fee was left intact.
GOP senators complained the delay was basically a favor for labor unions, traditional Democratic allies that oppose the new fee.
“It’s beyond ironic that the mantra from the president and the Democrats has been, ‘There can’t be any changes to Obamacare. After all, it’s the law of the land,'” said Sen. Pat Toomey, R-Pa. “And then big labor comes along and wants a change and, lo and behold, there’s got to be a change.”
But also opposing the fee are large employers, traditional Republican allies, even though in many cases the fee probably will be passed on to workers.
“It’s a sizable expense. For some of my employers it’s millions of dollars a year and we don’t get anything from it,” said Gretchen Young, senior vice president for health policy at the ERISA Industry Committee, a group that represents large employers on benefits issues. “It’s definitely not solely a union issue.”
Sen. Ben Cardin, D-Md., said the proposed delay was meant to balance Republican demands for other changes to the health law. Republicans in Congress have been attacking the law since it was passed in 2010, and earlier this month, they forced a partial government shutdown over Obama’s refusal to negotiate changes.
Cardin said he didn’t want any changes in the law to be part of the deal for reopening the government and extending the country’s ability to borrow. In the end, the only change was an income verification procedure for people applying for tax credits to help them purchase health insurance.
The temporary fee on people with health insurance is designed to raise $25 billion over the next three years.
The money will provide a cushion for insurers from the initial hard-to-predict costs of covering previously uninsured people with medical problems. Under the law, insurers will be forbidden, effective Jan. 1, 2014, to turn away applicants who are ill.
View gallery.” 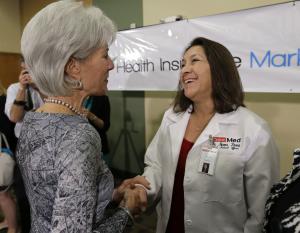 Insurance companies hit by unexpectedly high costs for insuring people with medical conditions will be able to tap the fund, which will be administered by the Department of Health and Human Services. The fund will mainly benefit companies participating in state-based health insurance exchanges.
The fee will total $12 billion in 2014, $8 billion in 2015 and $5 billion in 2016. That means the per-head assessment would be smaller each year, around $40 in 2015 instead of $63.
It is being assessed on all “major medical” insurance plans, including those provided by employers and those purchased individually by consumers. About 150 million workers, spouses and dependents are covered under employer-sponsored health plans.
Large employers will pay the fee directly. That’s because major companies are usually self-insured, with the health insurance company that workers deal with basically acting as an agent administering the plan.
Unions that operate multi-employer health plans also will pay the fee. More than 20 million union workers and family members are covered by such plans.
These unions and large employers argue that they shouldn’t have to pay the fee because they won’t benefit from the fund.
The AFL-CIO passed a resolution at its convention this year calling for the fee to be repealed. Large employers are also fighting the fee. But, Young noted, the political atmosphere in Congress, especially when it comes to the health care law, will make it difficult to win any changes.
“The Affordable Care Act is now kind of a third rail,” said Young, referring to the law’s formal name. “If it wasn’t before, it is even more so now.”